March 25, 2014 - Kandahar, Afghanistan - Family members speak with a relative who was detained by Afghan and NATO forces under suspicion of being an insurgent. He has been in a detention facility for the past eight months and has stood trial twice. His cousin, Abdul Malek, says the man has been found innocent, but is unsure of when he will be released. Family members can speak to their detained relatives through a program run by the ICRC.
Abdul Malek, a bus driver, runs a set of tazbeh, or prayer beads, though his fingers as he speaks. 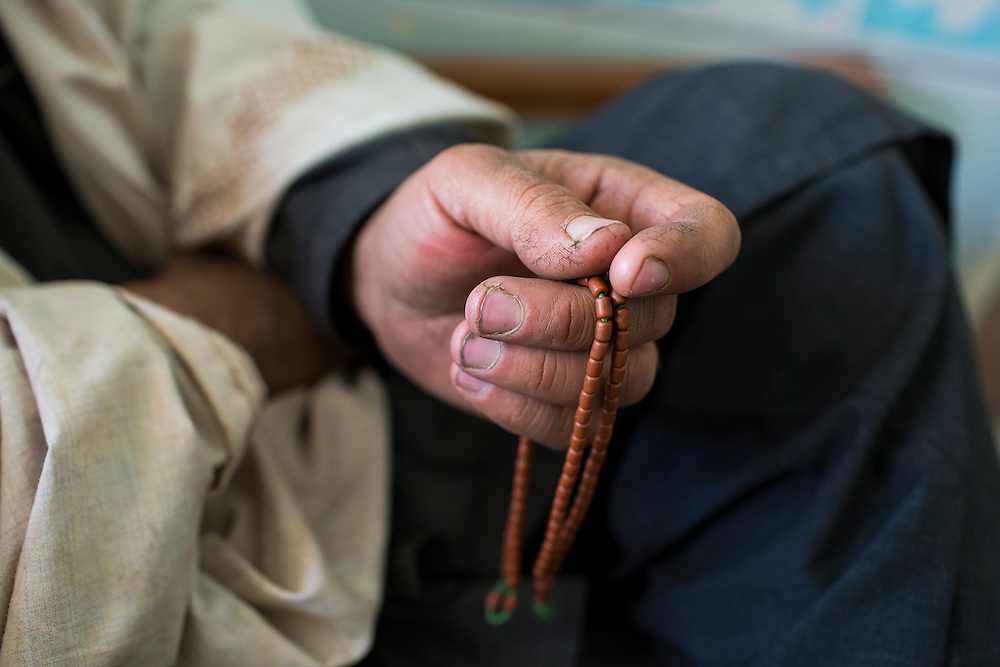